Potentially best known for their role in the Disney hit ‘The Lion King’, here at Shenton Safaris they’re best known for being a lion or leopard’s prey. The Phacochoerus Africanus also known as the common warthog has earned this name because of the protrusions on the sides of their face, these warts are a combination of bone and cartilage that help to protect these curious creatures if in a fight. 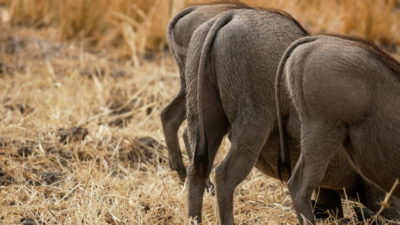 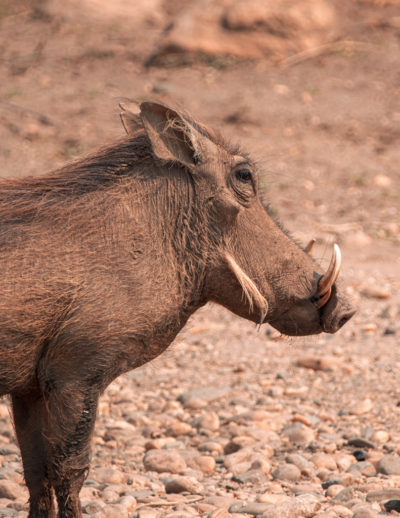 Warthogs are burrowing creatures. However, it is important to understand that they do not dig their own. Instead, they steal homes off other animals such as the aardvark or porcupines. Interestingly, female warthogs will always let their babies enter the burrow first in case intruders (or the rightful homeowners) come to claim the burrow at night. What’s more, the female will enter the burrow tail first enabling them to use their tusks if intruders to come calling.

Just like buffalos, these charismatic creatures can be found rolling in mud. This habit is practiced for many reasons such as keeping them cool and the mud works to protect their skin from the sun and parasites. 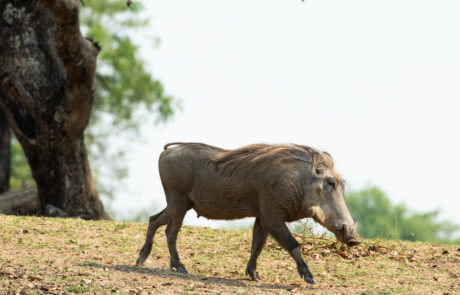 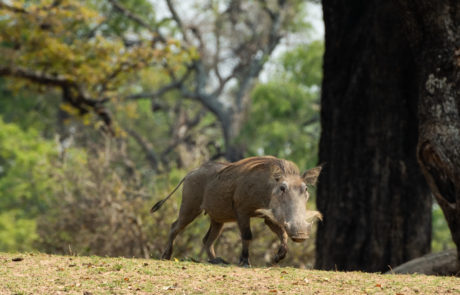 Don’t be fooled by the size of the humble warthog, when startled they can reach speeds of up to 50km/h in a bid to escape their fate. Warthogs also possess the advantage of having their eyes sit high on their heads so that they can spot predators, even while grazing. Although strategically placed, their eyesight is poor. Therefore, their sense of smell is a crucial factor in keeping themselves safe. The warthog can not only sniff out food, but also detect predators.

Want to see a warthog taking a mud bath at Mwamba’s Last Waterhold Hide? Follow this link, we promise it’s worth it!