Scarred male hunts on the banks of the Luangwa River

It’s a still, hot October’s day in the Luangwa Valley. The heat from the sun has been baking the dry earth for four or so hours already and many of the animals in the park are parched. Down at the water’s edge, the reflection of impala and wildebeest drinking is perfectly painted on the surface of the meandering Luangwa River. As no wind travels along the surface of the still water, the two species take as much as they can, as fast as they can. Their primary concern would usually be crocodile in this instance. However, to add to their turmoil, some 400 metres upstream, a scarred male lion stalks the antelope and bovidae. 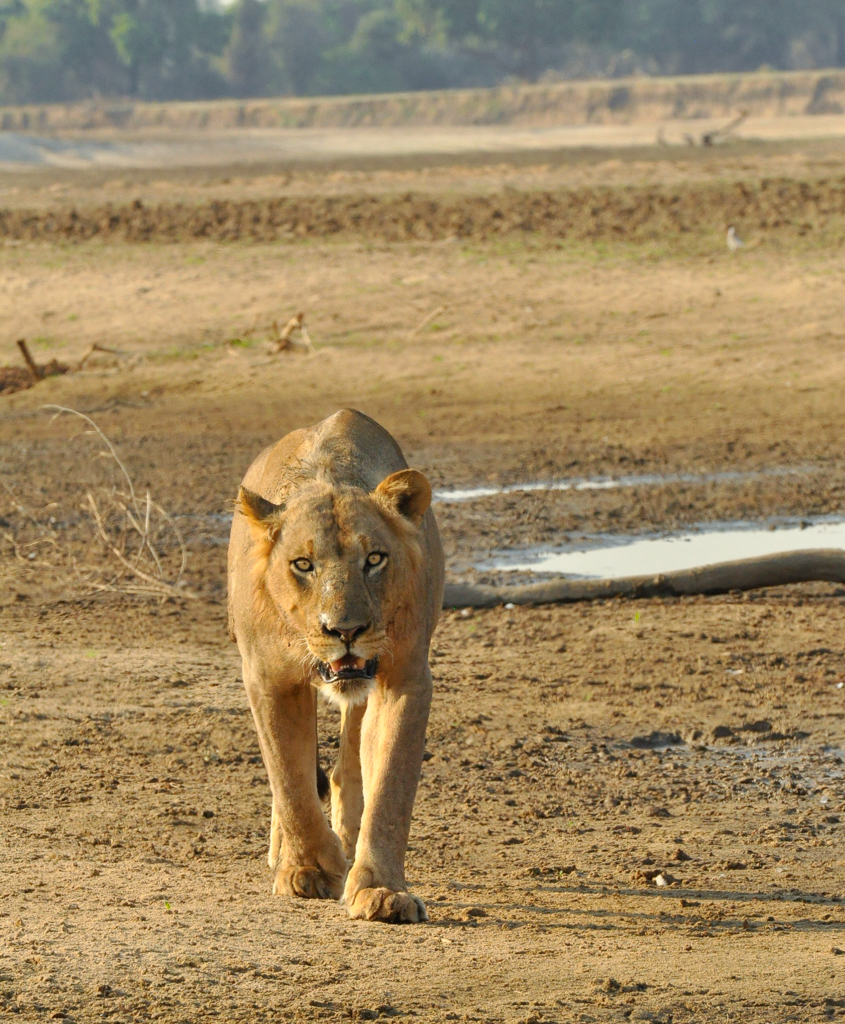 This large cat boasts a deep gash on his hind leg and scars scatter across his face. However, his belly is large, he appears well fed but, nevertheless, is eager to hunt. As this powerful beast stalks his thirsty prey on the exposed beach, everyone watching holds out hope that his efforts will pay off.

The alarm call of an impala is an unmissable and unforgettable sound and it is potentially a noise you wouldn’t expect from these beautifully graceful antelopes. The low pitched, ashy bark sends out just one alarm call and that is it, our male lion’s opportunity has gone. In one fell swoop, the drinking party of impala and wildebeest kick up all the dry dust from the beach of the Luangwa river and gallop towards the safety of the ridge of sand some 100 metres away. As the cloud of dust settles we watch on as the impala spring and leap to safety before stopping to analyse the location of it’s predator. The impala and wildebeest are safe as we notice the lions body language completely change. The beast was once in stalking mode, head low to the ground, legs slightly bent, shoulder blades peircing out of his creamy coloured coat. Now, the lion retreats and walks with ease to take a sip from the waters edge.

Our scarred warrior of a cat will try again come nightfall.