Every month, Shenton Safaris selects 3 pictures among those taken by our guests during their visit at Kaingo and Mwamba. The theme for December was “reptiles” . Our next selections will be on the following themes:  January “Black & White”, February “Monkey Business” (we need more entries!), March “Comical” (make us smile!!) and April “Action!”. So make sure to sort through your photographs and to email them to us at info@kaingo.com. Make sure your best shots are emailed to us so we can add them to the pool. 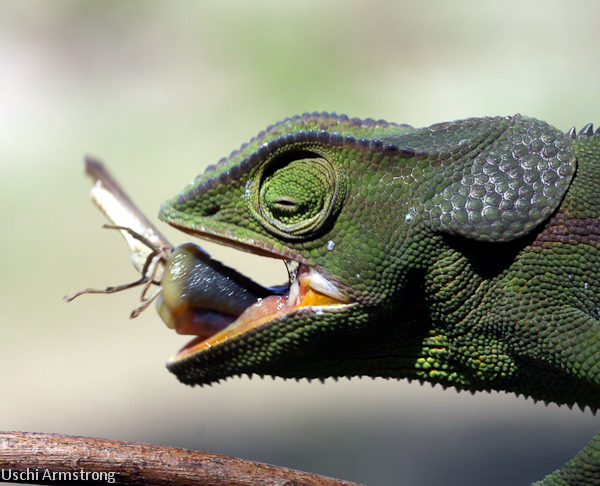 “I absolutely love Africa! 12 times I visited countries in Africa. Particularly, I fell in love with Zambia. I also love photography, so safaris are just the thing for me. We found this flap-necked chameleon in Mwamba bush camp – and took a long time to take its pictures from any angle you can imagine.” 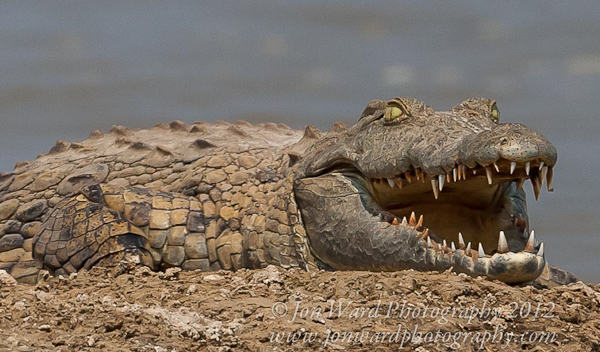 “I took this image on a mid-day break at Kaingo’s Hippo Hide, which is why the shot was taken from such a low angle. I used a Canon 500 f4.0 lens on a tripod with an EOS 1DMkIII set at ISO320 1/500 sec @ f8.0. Even though the crocodile was quite a long way away, it was so huge I was unable to get an image of the whole reptile with this setup. In late August there were many crocodiles basking on the river banks around the camp. Both the hides were active at that time as the Carmine Bee Eaters had just arrived to start nesting in the river bank further along from the Hippo Hide.” 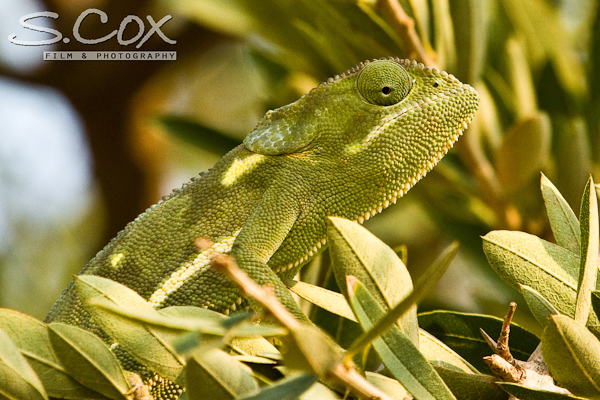 “Since I was eleven years old I’ve been travelling to Africa (usually with camera in hand) and having been on safaris and game drives so many times over the years I was curious as to what South Luangwa would bring to the table that other places had not. Looking back, I laugh at the idea of there ever being any doubt – the wildlife sightings I had, the people I met and the sense of remoteness and being out in the wild were so overwhelming that I consider it the pinnacle of my Africa ventures.

As much as I love seeing the big things; elephants, lions and leopards alike – I’m just as interested in seeing and photographing the small and sometimes more interesting critters. I was delighted when our eagle-eyed guide spotted this entrancing chameleon, perched in perfect stillness and allowing his camouflage to render him as invisible as possible. Unfortunately for him he’d already been spotted – and I shot away as he eventually decided to crawl up and away behind the safety of the foliage.

For me, Shenton Safaris is what defines my dreamy-image of Africa; a perfect blend of kindness, optimism and ruggedness that go hand in hand with the wild surroundings. I cannot thank the staff of the Mwamba and Kaingo camps enough for making my stay so memorable.

Believe me when I say I will be back out as soon as I possibly can!”