There are few things that happen in the bush that can shock Patrick these days. Our head guide has been in the business since 1992, which marked the beginning of Shenton Safaris. Working his way up the ranks, Patrick started as a waiter, and now, he is recognised as one of the best guides in Southern Africa.

Patrick is out with a fantastic group of keen photographers, and their day has already seen most of our big cats. However, they are eager to get out in the heat of the afternoon, see the sun dip below the horizon and find the creatures that call in the night. But, the group could have never braced themselves for what was to come.

Wild dogs are always a fantastic find, but the painted wolf moves far distances quickly, one day they’re with us, and the next these nomadic dogs could be 20 kilometres away. Therefore, Patrick and his guests want to be sure they are aware of where the dogs and pups are. Fourteen wild dogs consisting of five adults and nine puppies slept on the road near Luwi river, also known as  Twin Lagoon. As our divine tangerine sun began its quick descent, the dogs woke from their slumber and started heading away from the riverine inland area where the group lost them. True to his form, Patrick had a plan. He turned his vehicle around and drove toward aardvark loop in hopes of falling slightly short of intercepting their path and allowing the dogs to pass right in front of the vehicle. However, the painted wolves were nowhere to be seen and, in the distance, the distinct alarm call of an impala came again and again. The reason for these incessant alarm calls? The females of the Luwi pride, on the prowl. 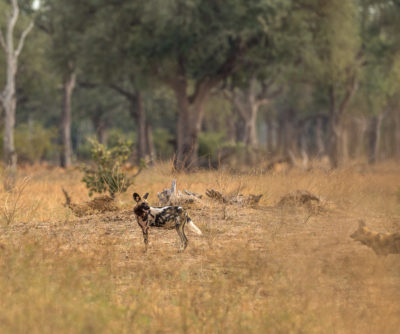 The two lionesses possessed hostile energy about them, they walked with purpose, muscles bulging from their bodies with each step they took. Every few metres, the ladies would lift their head and assess the direction in which they should continue to travel, but they understood where they wanted to go. Patrick followed the lions; the silence of the group was only disrupted by the quiet hum of the vehicle’s engine; everyone knew the dogs were not far. Eventually, the lions, the game viewers and the dogs were all aware of each others presence. Immediately one of the dogs began barking at the two lionesses while the rest of the pack jumped to attention and began their escape. The pups in the pack appeared disorientated from their afternoon sleep and proceeded to run in the wrong direction- straight into the two lions. It was too late to divert their course and begin their flee again. For only a few seconds, the wispy chestnut-coloured grass was disturbed by the scuffling of the lions and the pup before everything settled once again in the golden plain. Left there, lying lifeless, a pup was the latest victim of the Luwi females, killed by the lions only to demonstrate their dominance. 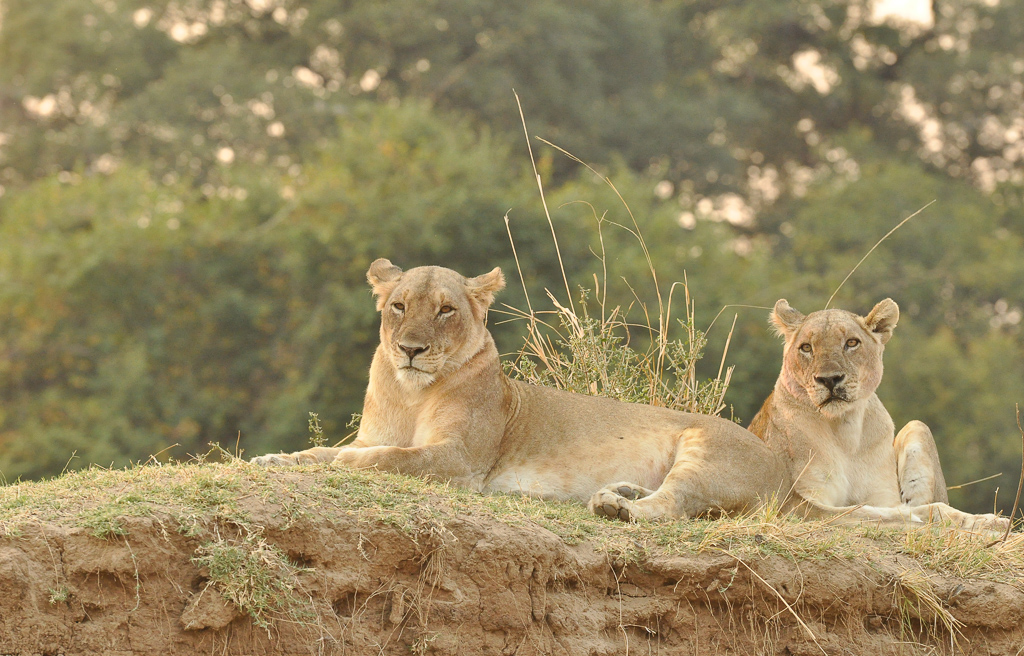 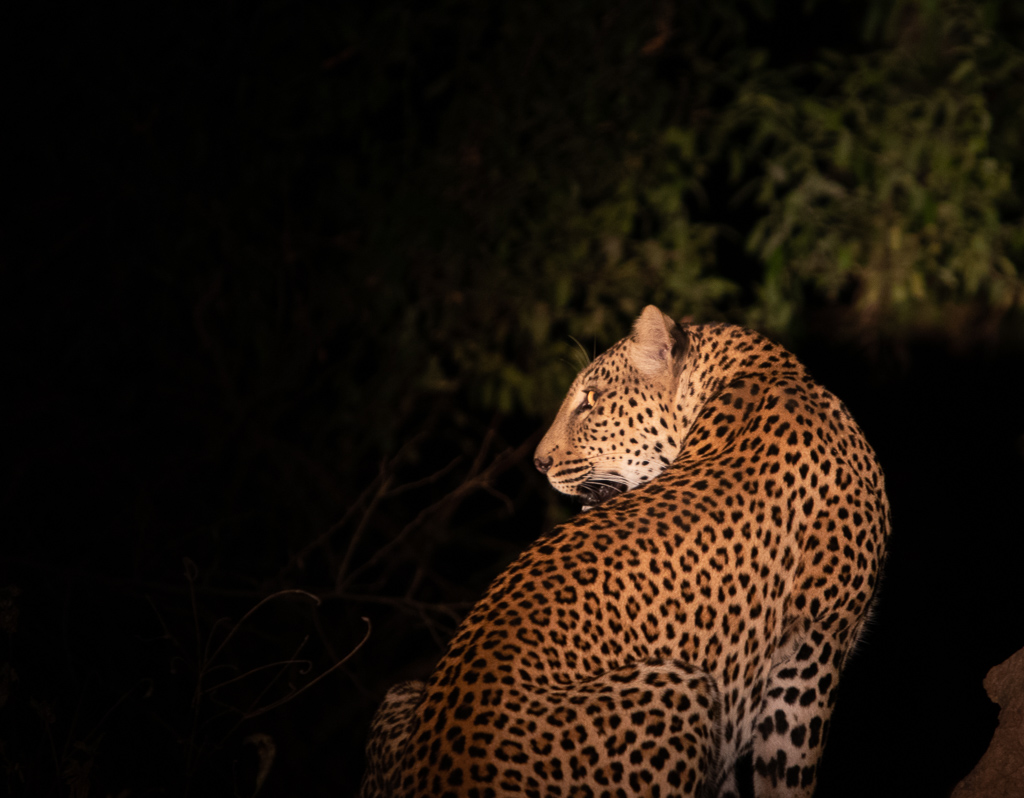 Distraught for the defenceless pup and the rest of the pack, the group continue with their drive hoping to see a sighting more uplifting. The black sky littered only with bright white stars and no moon acted as a beautiful reminder of the way of the wild. What’s more, out from the thickets appeared noble Mchenja Boy. He is a large male leopard with a face beautifully scarred with battle wounds and a body built like a machine. This raw strength initially serves Mchenja Boy well as he makes a successful hunt, a young puku falls prey, but the leopard has company. Waiting in the dark of the night, a hyena hears the familiar noise of a kill taking place and seizes its opportunity. Running at top speed, the hyena catches Mchenja Boy right as he attempts to drag his prey into the safety of a tree. Halfway up the tree trunk, puku dangling, lifeless from his mouth, Mchenja Boy has quite the feat to accomplish here. To the group’s horror, the hyena jumps and grabs Mchenja Boy’s tail with his powerful jaws hoisting the leopard out of the tree followed by his kill. A scuffle breaks out at the base of the tree as the puku lays close, the hyena wins the battle and attempts its escape with its loot. However, in one fell swoop, a lion darts into the scene and displays it’s dominance, the puku is hers, and the group are left sitting in silence and in shock once again. The evening’s events are a true nod to the trials and tribulations the creatures of the Luangwa Valley face almost daily. Tomorrow brings a new day and events just as heart wrenching and humbling.

Did you catch yesterday’s Big Cat Roundup? Don’t worry if you missed it, just follow this link to catch up with the cats that govern the grounds of Shenton Safaris!