A Confusion of Giraffes

There are a few collective nouns used by guides to describe a group of Giraffes e.g.: kaleidoscope, journey, herd or even `tower’, which in my opinion is more commonly associated with Vultures. We prefer to use `journey’ to describe a collection of Giraffes and it is fairly easy to deduce the origin of the collective, especially if one knows that the common name for the species, is derived from the Arabic word `zarafah’ or `he who walks swiftly’.

But occasionally, just occasionally, we will devise a new collective to describe certain species, based on observed behaviour. A journey of male Giraffes in the South Luangwa, Giraffa camelopardalis thornicrofti, was observed by Shenton Safaris’ guide Andrew Mweetwa, engaging in some confusing behaviour. 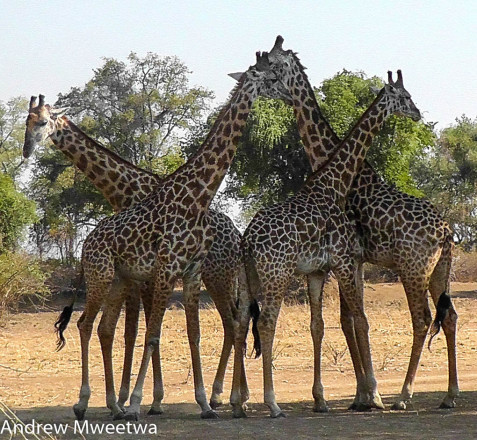 The males milled around, apparently vying for position in a `necking’ contest, where male Giraffes will compete for dominance in the group, usually related to mating rights over a nearby, receptive female. They swing their heavy heads on their long, muscular necks at each other, hoping to land a blow in a vital spot. Male giraffes develop a calcium growth or`Nubian horn’ on the forehead during their lives and the older the male, the larger the growth of calcium and the heavier the head, and thereby the harder the punch that they can deliver. 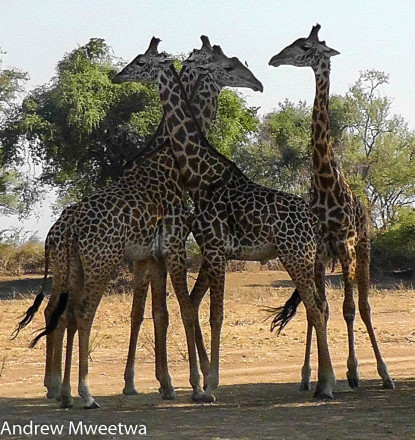 Then the males lined up in some sort of order, 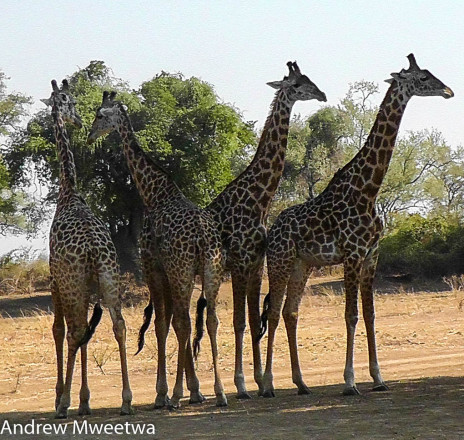 which was executed with almost military precision, 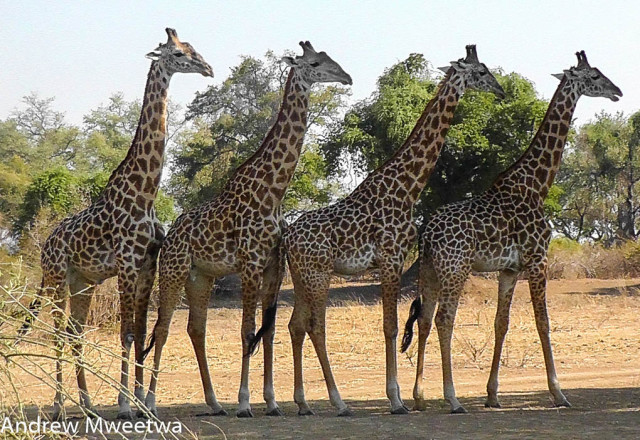 and another form of dominance ensued: 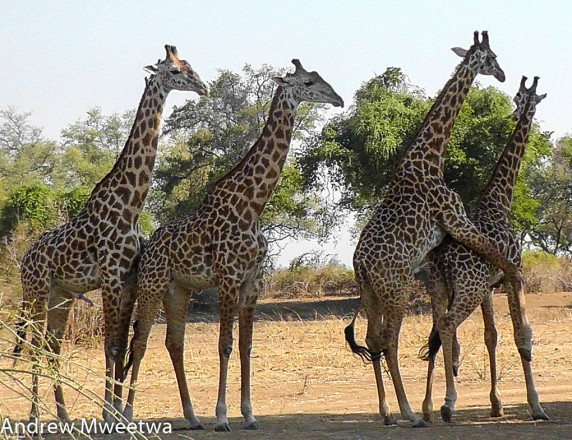 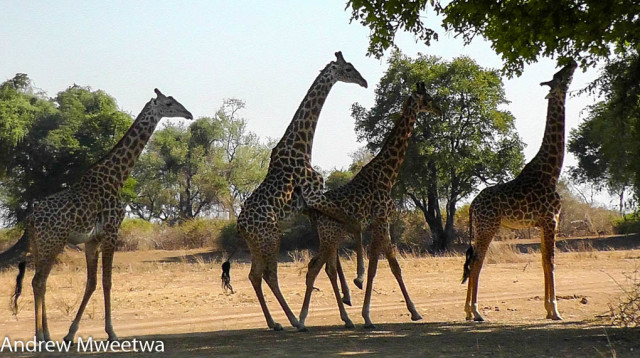 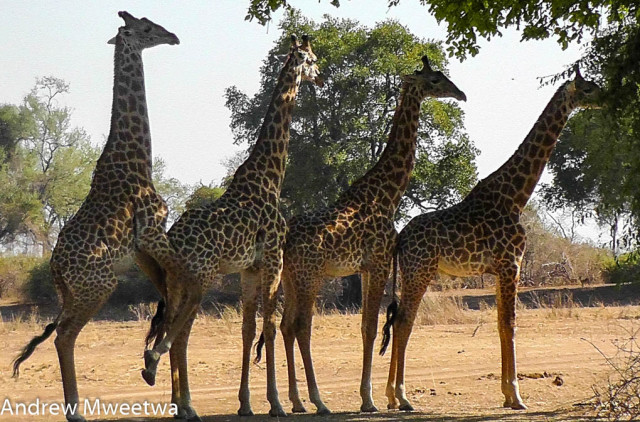 They then hastily broke off the `engagements’ and milled around, apparently seeking new openings in the necking order, (as they chatted in gruff voices about the rugby) leading one guest to devise a new collective noun for Giraffes: a confusion. 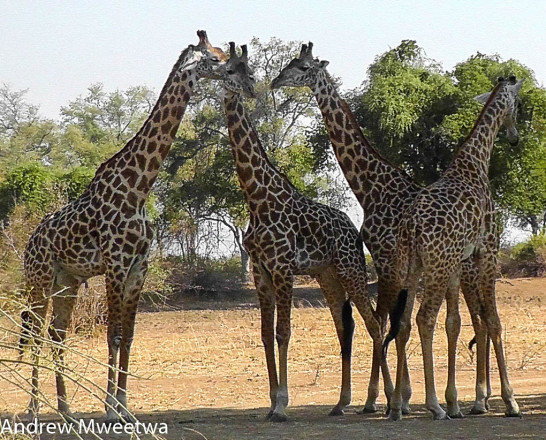